A Fake Circle made of Straight Lines

A Modern Spectroscope. An Optical Prism would be placed on the central table.

What are the Sun and Stars Made of?

Scientists tell us that the stars (e.g. our Sun) are made mostly of hydrogen (72%) and some helium (26%) and a little bit of some (65) other elements such as oxygen, carbon, neon, …). Now how do they know that? It’s not like they could send a rocket to the Sun and scoop up a sample. Although the surface is ‘only’ 6,000 C, the atmosphere above it (the corona) is at 2 million C!

They use a spectroscope. This instrument is, in my opinion, every bit as important to science as the microscope or telescope. And its very easy to make your own!

How does it Work?

Remember Newton and his experiments in 1666 with optical prisms? He showed that white light is made up of all the colours of the rainbow. These colours from the white light of the Sun are called its ‘spectrum’. Well, just over 200 years ago (in 1814), Joseph von Fraunhofer was experimenting with lenses and prisms, when he noticed some black lines in the solar spectrum – rather like a barcode. Those are now called Fraunhofer lines.

Scientists also noticed that when you cause elements to glow – by heat or by electricity – and you looked at their spectrums – which consists of several bright lines instead of the whole spectrum – the position of the bright lines for each element would match the positions of the black lines in the solar spectrum. So, kind of like you’d cut the barcode out of the solar spectrum for the elements in the lab!

So here’s the thing – its a two way process. When elements are heated to glowing, they show an ‘emission spectrum‘ of bright lines. But when white light goes through the gas of a particular element, it absorbs the colours you’d find in its emission spectrum. So the black lines in the Solar spectrum correspond to elements that are in the Sun’s corona.

But they found one barcode that didn’t match any known elements! Helium was discovered in the Sun before it was known on Earth!

1814 was the year of the invention of the spectroscope by Fraunhofer. A few years later he improved it by using diffraction grating instead of a prism, because it spreads the spectrum out much more and you can separate the lines – more than 570 of them! 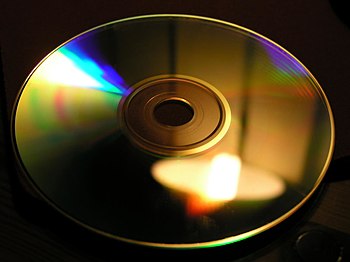 Diffraction is when light (or any wave) passes next to an opaque edge. It bends around it by some amount that depends on its wavelength. So this provides another way to make a spectrum. Grating is like a comb – only a thousand times smaller. So there are many parallel edges to gather more light. Diffraction film is quite cheap to buy.

Expansion of the Universe

When a police or ambulance siren passes by, you might have noticed that the pitch of the siren drops as it passes by – the Doppler effect. The same thing happens with light waves from a star or galaxy moving to or from you. The spectrum lines get shifted towards the blue or the red end of the spectrum. Most galaxies have a ‘red-shift’ which indicates that they’re moving away from us. Edwin Hubble found that the further ones are moving away faster than the nearer ones. The Universe is expanding!

2014 was the 200th anniversary of Fraunhofer’s spectroscope. We’ve learnt a lot about the Universe, thanks to Herr Fraunhofer’s invention!

← World Science U: Knowledge for Everyone
Book Review: Coloring the Universe →